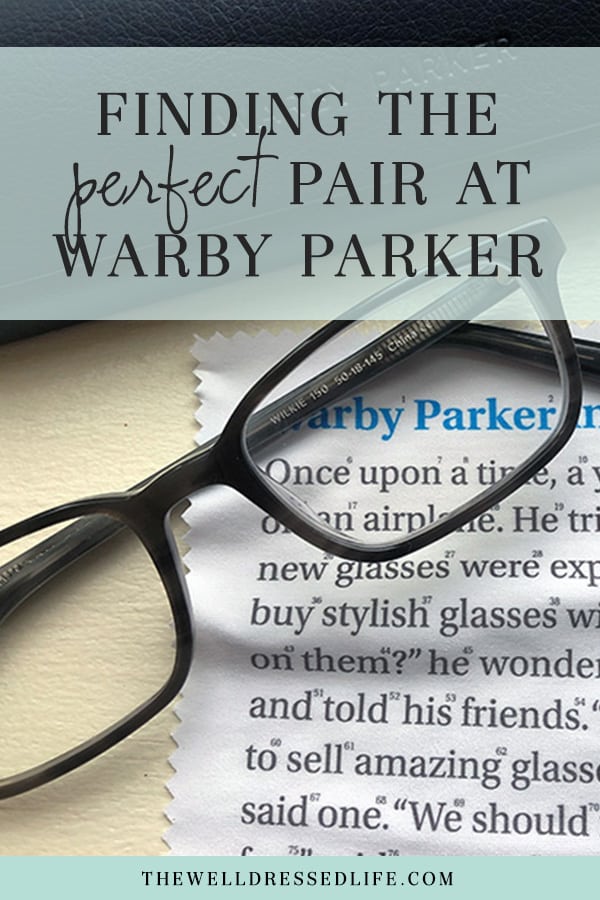 I recently used Warby Parker to purchase new prescription glasses and sunglasses and I had such a wonderful experience that I wanted to share it with all of you! (note: this is not a sponsored post.)

Our Unsponsored Review of Warby Parker 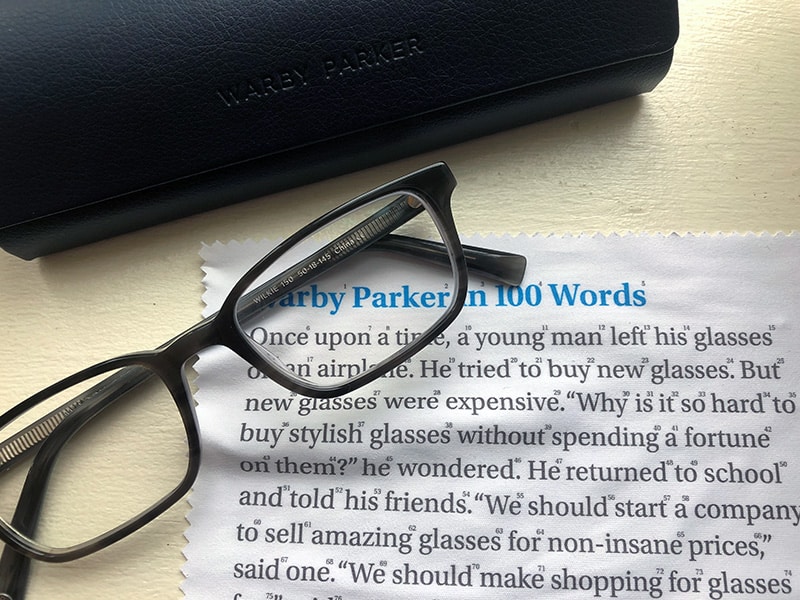 The price point is what initially drew me to Warby Parker. I have spent HUNDREDS on glasses that were just ho-hum at other retailers, but since you wear your glasses so often, you really should go for a pair that knocks it out of the park.

At Warby Parker, most pairs will set you back just $95, which includes the frames AND lenses. But what really sold me on this company is their Buy A Pair, Give A Pair program. When you buy a pair of glasses for yourself, a pair is distributed to someone in need.

What’s not to love about that? Brands who embed transparent social responsibility policies into their business model are becoming increasingly popular.

Toms, who makes popular casual shoes, is another brand that has a similar One for One program. Cuddle + Kind, who sells ethically-produced hand-knit dolls for children, donates 10 meals to children in need for every doll sold. I love supporting businesses who also do some good for this world.

I used their iPhone app to browse through their frame options. It’s a well-designed app which shows each pair on a model, complete with virtual head turn, and lists the measurements. This is helpful so you can compare the measurements with your current pair.

I ordered five frames to try on at home. At no cost to you, they send the frames to your house so you can try them on and ask your friends and family for their opinion. The app even lets you make a little video of you modeling the glasses that you can send out for even more opinions, if you’d like.

I was stuck between two options and I decided that I should get sunglasses too. So rather than do the home try on again, I went to their brick-and-mortar store in Center City Philadelphia. With Megan in tow, I made my final selections in less than five minutes. I picked the Wilkie and the Nancy.

A friendly associate took my pupillary distance with a device she had in her pocket. Then, she took a picture of the prescription I had from my eye doctor with her iPad and swiped my HSA card for payment.

We were in and out in 10 minutes, and both pairs of glasses arrived on my doorstep less than a week later.

Doesn’t that read like a retail fairy tale? It kind of was! 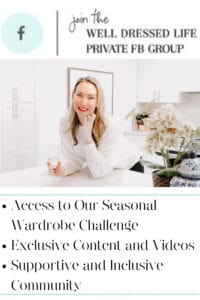 Having an organized closet makes everything better.
.
Well, maybe not everything, but with how crazy the world is, the slightest sense of order can make all the difference in how we go about our day.
.
Today, I’m sharing the best products to organize your closet so you can get a fresh start and reap the benefit of an organized space.
.
And an orderly closet doesn’t just make getting dressed in the morning effortless
.
but it makes shopping easier!
.
When you can see everything you have; you can create outfits you love and you’ll see what you're missing.
.
Follow the link in my bio for a tour of my recently refreshed space, check out our recommended list of products and start creating a custom space without a custom budget. ❤️

It's Outfit Formula Thursday!
.
Ladies, I'm always listening, and I hear many of you have very chilly ankles. 😉
.
And while I love the look of an ankle length pant, there is always a place in our wardrobes for a classic, full-length trouser.
.
So today, I'm highlighting a few readily available pairs, and featuring one of many, many ways to wear them.
.
For the full article, head over to The Well Dressed Life with the link in my bio.

Have a classic blue button-down in your closet?
.
Or maybe you picked up the blue pinstripe version from J.Crew featured on Monday's post?
.
Grab it!
.
Because today, I'm showing you three ways to style it.
.
As always, I'm using items we've previously featured, along with new recommendations in inclusive sizes.
.
For all the details, head over to The Well Dressed Life by following the link in my bio.

I promise you guys, I dress for the weather and it’s 🥶out!
This coat is the most popular on Amazon with over 10,000 5 ⭐️ reviews. And it totally lives up to the hype.

I’ve looked like a hot mess lately.
.
So, I pulled myself together and brushed my hair for shopping, lunch and fresh air with my girl who’s wrapping up her winter break.
.
And having classic pieces in my closet makes it easy to get dressed.
.
Follow the link in my bio for this simple outfit formula on WDL.
.
Side note: Teenage girls get such a bum rap, but I think they are the best. 💕

Happy Sunday!
.
It's time for Sunday Sales, a weekly series that rounds-up best sellers and can't miss deals.
.
Today, we have everything from our reader's favorite boyfriend blazer to a classic and chic bathing suit cover up for under $70.
.
For all the details head over to the link in my profile, and click on Sunday Sales.

💞 She’s hilarious, sassy, sweet as pie and struts around like she’s the one paying the bills.
Happy 3rd Birthday to the best surprise of our lives and the most wonderful Christmas gift we could have ever asked for!

☕️See the super-simple, self-serve coffee station I set up in my kitchen so guests can help themselves over the next few weeks.

It's so cute and efficient; I think I'm keeping it like this all year.

For all the details click the link in my profile. ❤️

View on Instagram |
9/9
Follow WDL on Instagram
Hi there! Sign Up For Our Daily Posts to Get Your Free Copy of Our Wardrobe Checklist
Your information will *never* be shared or sold to a 3rd party.